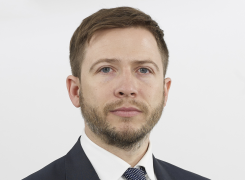 Rhys began his investment career within the Product Support team in January 2002 before moving to the Fixed Interest team in November 2003. In 2014 he was appointed deputy fund manager for City Merchants High Yield Trust Limited and Invesco Perpetual Enhanced Income Limited.

He holds a BSc (Honours) in Management Science from the University of Manchester Management School and is a CFA charterholder. 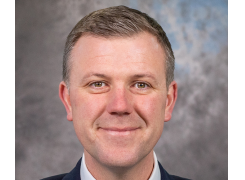 Stewart joined Baillie Gifford in December 2019 and is an Investment Specialist for Scottish Mortgage Investment Trust PLC. Before joining, he was a Portfolio Director at Cazenove Capital where he worked for over 14 years. Stewart graduated MA in Political Economy and Management Studies from the University of Aberdeen in 2001. 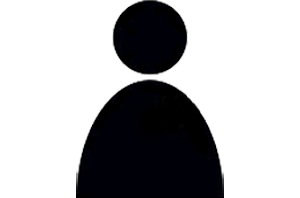 Andrew Howard is a Global Head of Sustainability at Schroders. He joined Schroders in 2016 and is based in London.
Andrew was an Equity Analyst at Didas Research from 2013 to 2016, which involved independent investment research for long term investors.
He was an Equity Analyst at Goldman Sachs from 2007 to 2013, which involved heading GS SUSTAIN research team in London identifying long term investment opportunities across global industries.

He also previously worked at McKinsey & Co as a consultant and Deutsche Bank as Head of European Mining Research. Andrew started his investment career in 1997 as an Analyst covering the Steel & Mining sectors at Dresdner Kleinwort Benson. Andrew is a Senior Advisor to Critical Resource and on the Advisory Panel of the Future-Fit Business initiative.
Qualifications: MBA in Business Administration and Management from INSEAD; BSc in Economics from London School of Economics. 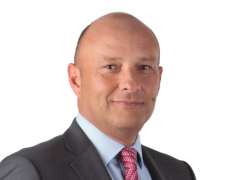 Mike Kerley, Portfolio Manager of Henderson Far East Income Trust, has managed Pacific equities since joining Janus Henderson in 2004 and managed the Investment Trust since 2007. Previously, he was with ISIS Asset Management as Director of Pacific Basin equities. Prior to this, he assumed the positions of fund manager for global equities and for emerging market equities at Invesco. He has managed money in the Asia-Pacific region since 1993 and has 35 years of financial industry experience. 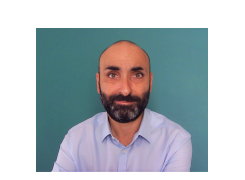 Laith Khalaf started his career in financial services at Hargreaves Lansdown in 2001, after studying Philosophy at Cambridge University. He’s worked in a variety of roles across pensions and investments, covering both DIY and advised business. In 2007 he began to focus on research and analysis, and has since become a leading industry commentator, and a regular contributor to the financial pages of the national press. He’s a frequent guest on TV and radio, and for several years provided daily business bulletins on LBC. He now holds the position of financial analyst with AJ Bell, responsible for producing analysis and content focused on investments and personal finance topics for AJ Bell’s customers and the financial media.

Jeremy has over 20 years of experience in the investment and social sectors, with 12 years in impact investing. In the late 1990s Jeremy set up and ran JP Morgan’s European High Yield Trading group, growing it over ten years to be the market leader and becoming JP Morgan’s youngest Managing Director. He then became a partner at Praxient Capital, a multi-asset investment fund, before joining BSC as Chief Investment Officer in 2013. Since then BSC has helped establish over £2 billion of social impact investment vehicles supporting over 1,200 charities and social enterprises.

Jeremy has held multiple voluntary and non-executive roles at charities and social enterprises including the Princes Trust, Ashoka, Big Issue Invest and Pilotlight. Jeremy is a member of the Lankelly Chase Foundation’s Investment Committee, Access – the Foundation for Social Investment’s Joint Investment Committee and is a Senior Adviser to the Rockefeller Foundation Innovative Finance program. 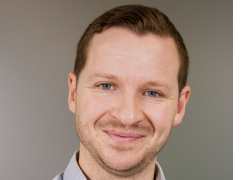 Income - 15.05 , Income - 16.25
Tom Selby is a financial expert specialising in pensions and retirement issues. He has been senior analyst at AJ Bell for 5 years, a period during which he has become established as a leading commentator whose views are regularly sought by policymakers, national newspapers and broadcast media. He is also a regular guest on AJ Bell's successful 'Money & Markets' weekly podcast. Prior to joining AJ Bell, Tom was an multi-award-winning financial journalist. He also has a degree in Economics from Newcastle University. 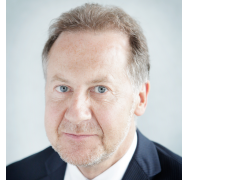 Bruce Stout is a senior investment manager on the Global equities team. Bruce joined Aberdeen in 1987 via the acquisition of Murray Johnstone. Bruce has held a number of roles including investment manager on the emerging markets team. Bruce graduated with a BA in Economics from the University of Strathclyde and completed a graduate training course with General Electric Company UK. 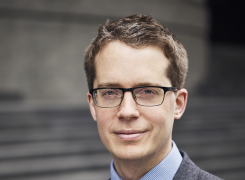 Matthew Tillett is lead portfolio manager for Brunner. He is also the lead portfolio manager on the UK Opportunities strategy. Prior to joining AllianzGI, Matthew worked at Datamonitor and the Office for National Statistics. He graduated from Bristol University with a first class degree in Economics and Economic History. He also holds a masters (with distinction) in International Political Economy from the London School of Economics. Matthew holds the IMC designation and is a CFA® charterholder. 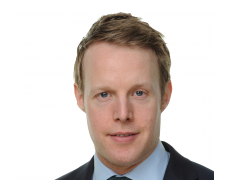 Dan's service with the firm dates back to 2013. Prior to joining BlackRock, Dan worked for UBS, where he was the head of the UK small and mid-cap sales desk and ranked the number one salesperson in the Extel Small/Mid-Cap sales ratings in 2011 and 2012. Prior to working at UBS, Dan joined Noble and Co in 2006 as a UK small and mid-cap salesman. He began his career at Accenture, in 2003 as a strategy consultant.

Dan earned a BA Hons degree in Combined Studies from the University of Newcastle-Upon-Tyne.